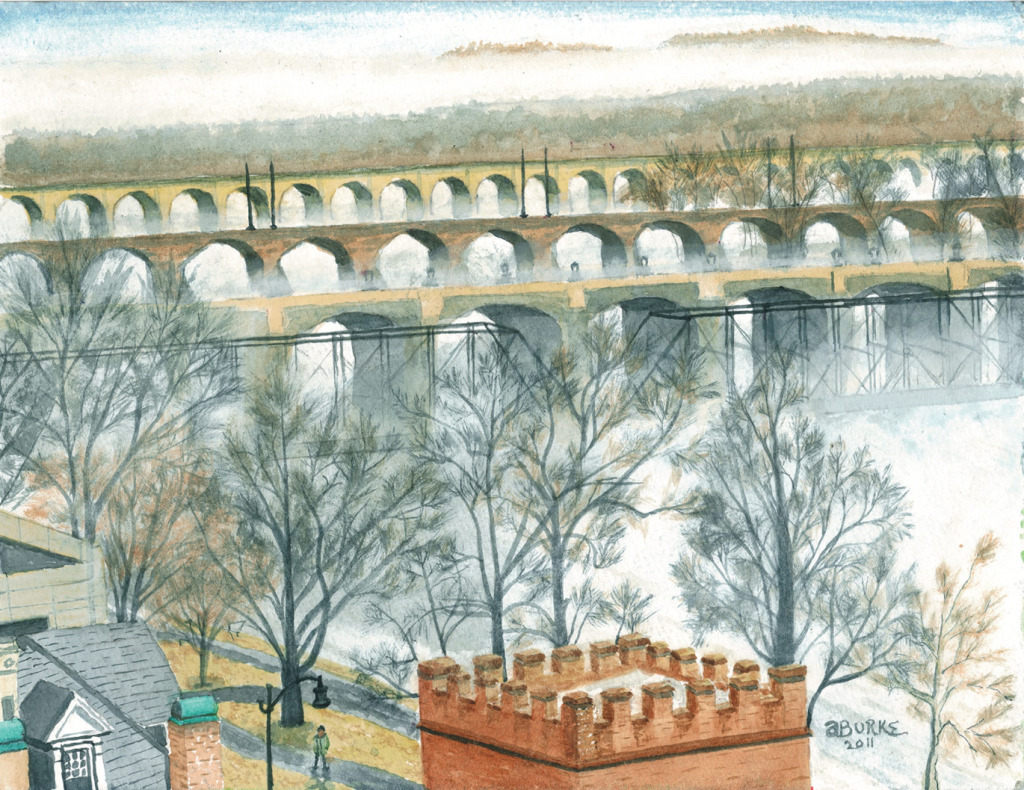 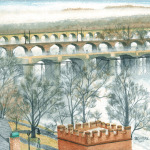 This meteorological title was not intended to serve as political commentary.
The view captured the early spring atmosphere of a cold Susquehanna River sliding under three of Harrisburg’s historic arched bridges. The river fog creeps up the walking paths of the Harrisburg riverfront park, an urban amenity which provides many miles of natural trails within the busy city’s boundary.

At the top, the John Harris or South Bridge (1960) carries Interstate 83. Next, the Philadelphia and Reading RR Bridge (1924) serves the Norfolk Southern Railway. The Market Street Bridge (1928) serves local traffic to Wormleysburg.