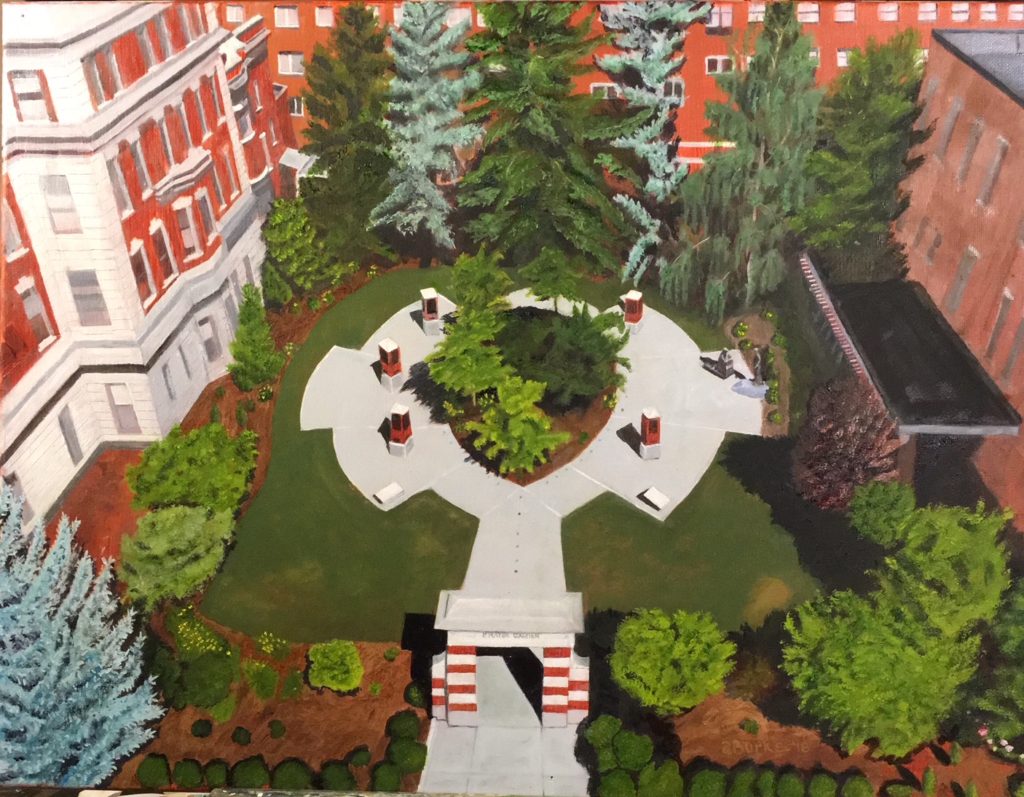 To mark the 150th anniversary of the Cathedral a Prayer Garden was commissioned to be constructed between the rectory and convent. A stately brick and limestone gate marks the Garden’s entrance. Once inside, visitors are visually greeted by granite rosary beads titled Faith, Hope and Love set into the paved ring of the garden. The rest of the Rosary surrounds a central landscaped area with a crucifix set into the ground.

Five brick and limestone kiosks bear plaques dedicated to each of the four Mysteries. At the east side of the Garden, a limestone Marian Wall was constructed– a tribute to the many ethnic and traditional titles by which the Virgin Mary is known. A large bronze statue depicts the Venerable Father Patrick Peyton, “the Rosary Priest” kneeling in prayer before the Virgin Mary. His saying, “The Family That Prays Together Stays Together.” is inscribed on the gates.
The remainder of the Garden is landscaped to provide a lush backdrop to the designed elements and to help create a tranquil setting for visitor prayer and reflection.