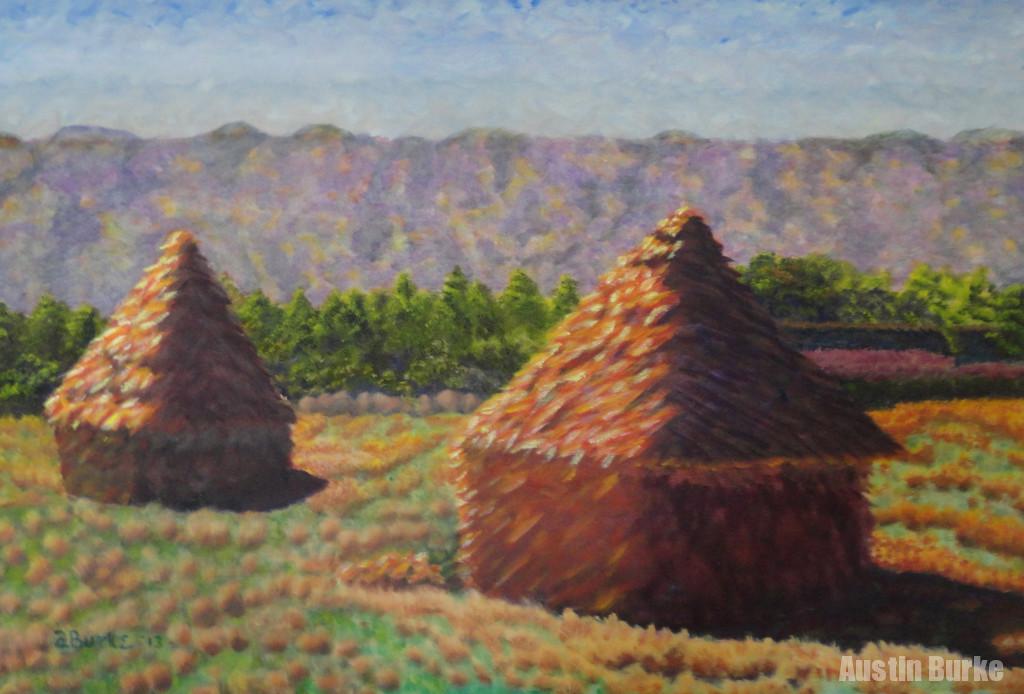 Monet painted from direct observation, striving to capture the effects of light and weather.

His first painting of haystacks was frustrated when the changing light as morning progressed changed the colors and shadows he was trying to capture.  His solution was to return the next day with four canvases.  He would paint with the first canvas for two hours, then go to the next and so on.  Returning the following day he would complete the first canvas under the same light conditions as he experienced the day before, then proceed to the next canvas during the next time period.

Later in his life he captured the changing effects of light and weather in his ‘series’ paintings which included haystacks during different seasons and, most famously, his water lilies at Giverny. 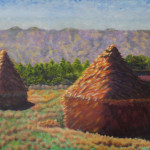