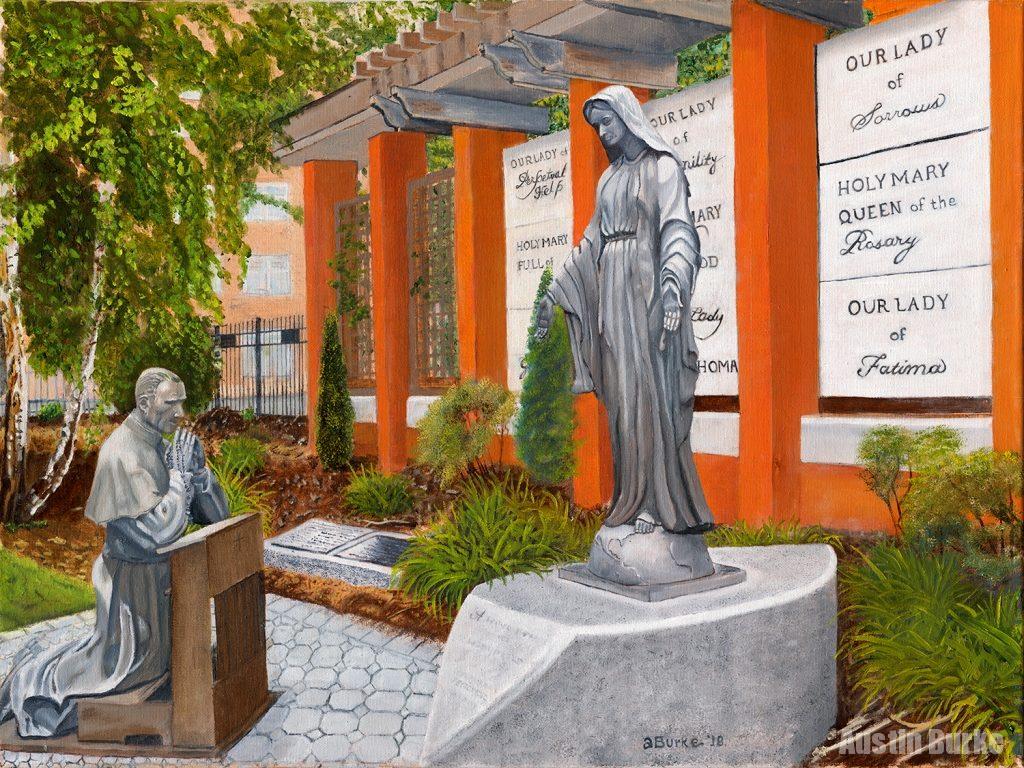 The Venerable Father Patrick Peyton, CSC
On Wyoming Avenue in Scranton in the beautiful Cathedral Prayer Garden is a statue of Fr. Peyton, ‘The Rosary Priest’, praying to our Blessed Mother.
Fr. Peyton emigrated from County Mayo (God Help Us), Ireland in 1927 at the age of 18. He served as a sexton at St. Peter’s Cathedral until he and his brother Tom began their studies for the priesthood.
While at Holy Cross College at Catholic University in Washington, DC, Fr. Peyton became deathly ill with Tuberculosis. He attributed his recovery to his mother’s prayers to the Blessed Virgin. He subsequently devoted his life to the Blessed Virgin Mary and the promotion of family prayer through the rosary. “The family that prays together, stays together”.
He became a master of the media and achieved world-wide success, recruiting religious leaders and Hollywood celebrities to join him with radio shows, television and movies through his Family Theater Productions.
Following his death in 1992, the Holy Cross Congregation received the Vatican’s permission to begin a Cause for Canonization to recognize his historic virtue and works. In December of last year, Pope Francis recognized Fr. Peyton as Venerable, Stage 2 in the Canonization Process.