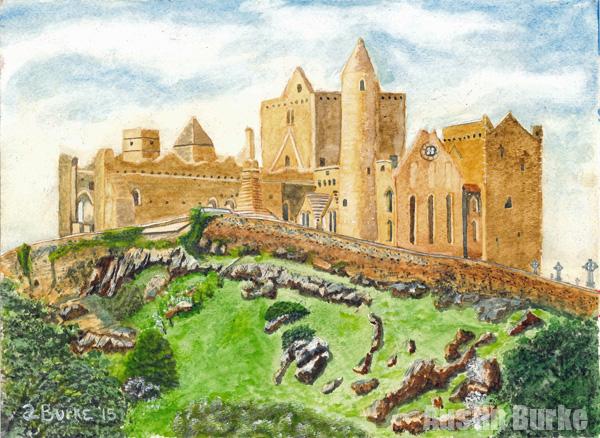 Set on a limestone plateau the castle at the Rock of Cashel forms part of a historical site in the town of Cashel 11 miles from south west of Tipperary.

The site also known as the Cashel of Kings and St Patrick’s Rock is a collection of buildings including a round tower, Romanesque chapel, cathedral and castle which are linked together as one building. The main structures on the site today are from the 12th and 13th centuries and are in reasonable repair. The entire site is surrounded by a large wall which also encircles an extensive graveyard with a number of high Celtic 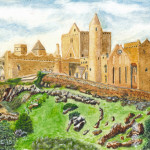